What to Expect from a Professional Warminster Heights, PA Air Duct Cleaning Service

When the homeowners of Pennsylvania are in need of professional air duct cleaning services, there’s only one place they call: Apex Air Duct Cleaning & Chimney Services! With more than 30 years of experience and a proven track record of success, our locally owned and operated, fully licensed and insured Warminster Heights, PA air duct cleaning company offers outstanding results. Our team of technicians adhere to the stringent rules and regulations that are set forth by the National Air Duct Cleaners Association (NADCA), and use the most advanced techniques and proven techniques and strategies to make sure that the air ducts we service are thoroughly cleaned. If you’re looking for reliable, efficient, and affordable air duct cleaning services in Bucks County, look no further than Apex Air Duct Cleaning & Chimney Services. When we’re on the job, you can have confidence knowing that your HVAC system will be running smoothly and that your home will be safe and comfortable.

What to Expect During a Professional Warminster Heights, PA Air Duct Cleaning Service

You rely on your HVAC system to keep your Bucks County home safe and comfortable. In order to function, your HVAC system relies on ductwork to gather untreated air, cool or heat it, and then deliver climate-controlled air throughout every room in your house. As the air passes through the ducts, so do any small particles, such as dust, dirt, dander, allergens, and small pollutants that are floating in it. Those particles get trapped on the interior of the ductwork, accumulate, and eventually, that accumulation can become so severe that it will impact the function of your HVAC system, reduce the comfort of your home, and negatively impact your home’s indoor air quality.

The issues that can be caused by neglected air ducts can vary from mild, such as unpleasant odors, to severe, such as health issues and even an increased risk of fire. In order to avoid the problems that can be associated with dirty ductwork, investing in professional duct cleaning services is a must. According to the National Air Duct Cleaners Association (NADCA), air ducts should be cleaned once every 3 to 5 years on average; however, depending on the size of your family and your lifestyle, you may need to have them cleaned more frequently.

Air duct cleaning services are an important part of routine HVAC maintenance. These services keep the system running smoothly, efficiently, and safely; however, if you’ve never scheduled a cleaning before, you may be wondering what to expect.

The following is an overview of what you can expect to happen when a Warminster Heights, PA air duct cleaning company is servicing your air ducts.

In order to thoroughly clean the ductwork of your home’s HVAC system, an air duct cleaning professional will first need to perform an assessment of the ducts. This will allow them to determine the extent of the dirt and debris buildup and the overall condition of the ductwork. Based on that assessment, they will be able to decide the right course of action to take, including what kind of tools, equipment, technologies, and strategies to use. For instance, if there’s a lot of moisture in the ducts, a different cleaning method will likely need to be used in order to effectively remove the built-up debris than if the interior of the ducts were dirty but dry.

In addition to determining the most effective course of action that should be taken in order to clean your Bucks County air ducts, this assessment will allow a Warminster Heights, PA air duct cleaning professional to determine if there are any problems that have to be handled before they start cleaning. If there’s a pest infestation in the ducts, for example, pest control services will be needed before they can be cleaned.

While the technician is assessing your ductwork, all vents, ports, and air registers will be examined. A state-of-the-art video camera may be used to allow the technician to see further into the air ducts. In order to prepare for this assessment, be sure that all of the openings to your HVAC system are easy to access. If anything is blocking them, move those items out of the way.

The initial assessment and the cleaning may take place on the same day; however, depending on the condition of your air ducts and the procedures that the Warminster Heights, PA air duct cleaning company you hired follows, they may make arrangements to come back another day with the necessary tools and equipment to perform your duct cleaning services. Either way, before the cleaning begins, the technician will seal off the ductwork.

All openings in the system will be completely covered to prevent debris from blowing out throughout your Bucks County house. Some Warminster Heights, PA air duct cleaning companies will also pressurize the ductworks to further minimize the spread of duct.

Prior to the air duct cleaning service, you might want to take the time to cover your furnishings and anything else that you don’t want to be covered in dirt and dust particles. Some technicians may supply drop cloths and take care of covering the furnishings for you; however, not all do. As such, you should inquire before the company arrives so that you are prepared.

Air duct cleaning is a complex process that involves cleaning the majority of the individual components that are connected to or that are part of the system. This includes the ducts themselves, of course, as well as the registers and the vents. A reputable Warminster Heights, PA air duct cleaning company may clean the following components, as well:

In order to make sure that the cleaning is as thorough as possible, you might want to consider asking the company to provide you with a detailed list that highlights what their duct cleaning services entail. It’s a good idea to ask the Warminster Heights, PA air duct cleaning company what strategies they use, too.

If there’s a lot of moisture buildup in your Bucks County ductwork or mold, mildew, or any other organic materials are growing inside the ducts, a reputable Warminster Heights, PA air duct cleaning technician may recommend a special treatment to eliminate existing organic materials and prevent future growth. This treatment usually involves completely removing and thoroughly cleaning all areas where the materials were growing. Next, an antimicrobial sealant may be applied to the interior of the air ducts. 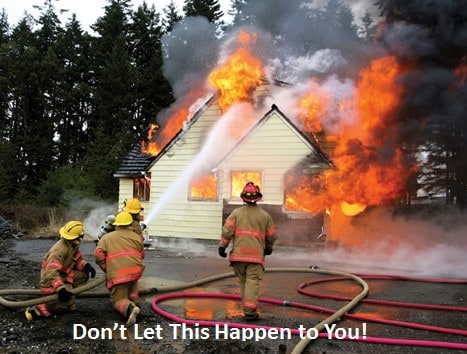 If your duct cleaning services will include this type of treatment, it’s a good idea to speak with the technician before the sealant is applied. The residue from the sealant could blow into your Bucks County home, so you want to make sure that the technician is using a safe treatment.

If you’re looking for the best duct cleaning services, contact the Warminster Heights, PA air duct cleaning company that Bucks County homeowners trust most: Apex Air Duct Cleaning & Chimney Services. To find out more about our duct cleaning services or to schedule a free price estimate, submit an online contact form right through our website, or give us a call directly at 215-608-2442.