Cleaning Your Chimney Yourself v. Paying for Chimney Cleaning Services in Langhorne, PA

If it is time for chimney sweeping at your Langhorne, PA home or business, you might be wondering if you can accomplish this yourself. After all, no one wants to pay for something they can do on their own. If you are usually a DIY person, this might seem like another project for you to take on with no problems at all.

However, chimney cleaning is a difficult process and having a properly maintained chimney is essential to the safety of those who live or work on your property in Bucks County. Before attempting to clean your chimney or fireplace, consider these pros and cons to help you decide if you are up to the task.

You will save money if you do your own chimney sweeping. Typically, a chimney sweeping will cost around $100 to $300, depending on the amount of cleaning and maintenance needed. Chimneys that have been neglected for years can cost up to several hundred dollars to restore. If you are doing this yourself you only need to buy supplies, which should cost less than $100. 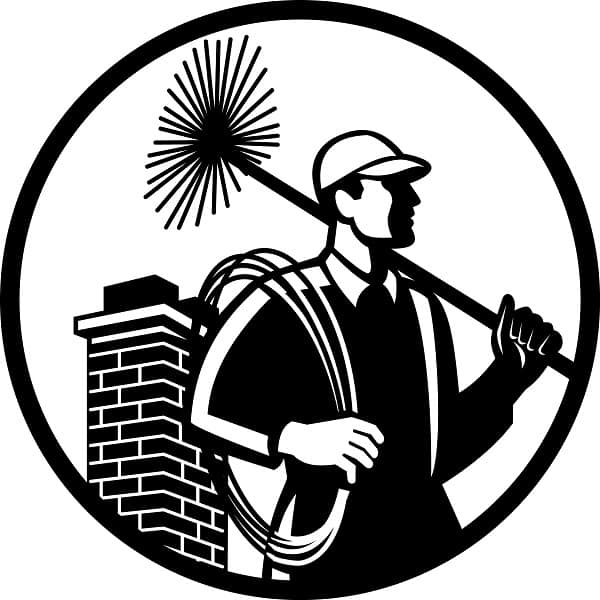 You Set Your Own Schedule

If you want to hire someone for a chimney cleaning in Langhorne, PA, you will be subject to their timeline. You will have to be available to let them into the building and choose a time when you are both free. If there is a safety concern, you won’t be able to use your fireplace until they arrive to clean the chimney. With DIY projects, you can start as soon as you want, and will not have to live with a damaged or dirty chimney on your property until someone is able to visit.

Chimney cleaning is no easy task; it is a lengthy chore that requires a lot of elbow grease. This could mean hours of scrubbing away buildup from the chimney liner before it is sufficiently clean. It is especially difficult to clean the chimney cap and chimney flue—the tunnel-like component that directs the smoke out of the building. Consider the challenging task ahead before running to the store to buy supplies; you should spend time researching how to clean a chimney before deciding to try it yourself.

If you have any doubts about your ability to clean a chimney, you should go to a professional in Bucks County, such as one of the staff at Apex Air Duct Cleaning & Chimney Services. If a chimney is not cleaned properly, it could seriously harm the people in the building. Gas fires can produce carbon monoxide, as well as block chimneys, flue liner, or flues. Buildup can lead to dangerous chimney fires. Soot and creosote, which are extremely combustible substances, will build up over time in your chimney with the collection of smoke and ash. If you are not an experienced chimney sweep and you try to clean a chimney yourself, you might leave behind some debris or harmful substances. If you hire a professional, you guarantee that the job is done right.

An experienced chimney sweep will bring invaluable knowledge and expertise. They will know how to clean a variety of chimneys in different types of buildings and handle unique problems with ease. For example, the chimney sweeps at Apex Air Duct Cleaning & Chimney Services in Langhorne, PA have over 40 years of experience; they would be the perfect people to call for a chimney cleaning. In addition, a professional can also help you learn about the different components of a chimney to help you better maintain your chimney and fireplace in the future.

Do you want to have every inch of soot scrubbed away from your fireplace? Hiring an experienced professional is the only possible way to get a perfectly cleaned chimney. Furthermore, their experience will ensure that nothing in your chimney or the rest of the building is accidentally damaged while they are cleaning it. To avoid extra problems that will cost you additional time and money, find a professional to do the job for you.

A chimney services business will have extra tools and materials to get the job done, including specialized brushes, the best cleaners, scoping cameras to inspect chimneys, and tarps to protect the rest of the room from ash and debris. You can buy these things yourself but tracking them down will take time and money. However, professionals such as the staff at Apex Air Duct Cleaning & Chimney Services will already have all these items.

A chimney cleaning can be very expensive, costing as much as several hundred dollars. Many businesses will not list an exact cost on their websites because what they charge will depend on how much work they do on your chimney. You can contact several professionals for quotes to find the best deal, however, some may also charge for an inspection. In addition, the best price doesn’t always mean the best job is done.

You may be uncomfortable with inviting a stranger into your home—therefore it is very important if you decide to hire someone, to read through their reviews first. The feedback of others will reassure you that you are working with someone who has your best interests in mind, as well as those of everyone on your Bucks County property.

Hopefully, this information has helped you think about whether you want to hire a pro to perform a regular cleaning or clean the chimney in your home or business yourself. This can be a stressful decision since there are many safety concerns with chimneys and fireplaces. If you are still unsure, reach out and ask someone with more knowledge!

In addition to chimney cleaning and repair, many chimney sweeps also offer air duct and dryer vent cleaning. Keep this in mind if you want to learn about other ways to protect your home or business while speaking to a professional. The staff at Apex Air Duct Cleaning & Chimney Services are happy to answer your questions and help you learn more about chimney or ventilation maintenance services. They can be reached at 215-608-2442 give them a call today!