3 Signs You Need to Contact a Feasterville, PA Company That Specializes in Gas Fireplace Repairs Near You

Have you been trying to find a company that you can count on to provide fast, efficient, and reliable gas fireplace repairs near you, but you’ve been less-than-impressed with the results you’ve found? If so, then you’ve come to the right place! Apex Air Duct Cleaning Paf is a trusted Feasterville, PA fireplace repair contractor that has been ensuring the efficiency and safety of Bucks County gas fireplaces for years.

Our team of professionally trained technicians are highly proficient in all aspects of gas fireplace repair and uses the most advanced techniques, proven strategies, and state-of-the-art equipment to deliver outstanding results. When you need to have your fireplace repaired, don’t waste your time searching online for “gas fireplace repairs near me”; instead, get in touch with the most trusted Feasterville, PA fireplace repair company: Apex Air Duct Cleaning Paf.

3 Warning Signs You Need to Schedule an Appointment with a Feasterville, PA Company that Specializes in Gas Fireplace Repairs Near You

At the first sign of trouble with your gas fireplace, getting in touch with a Feasterville, PA fireplace repair expert is a must. The longer you wait, the worse the damage will become, not to mention the fact that a malfunctioning gas fireplace can be a serious safety hazard. 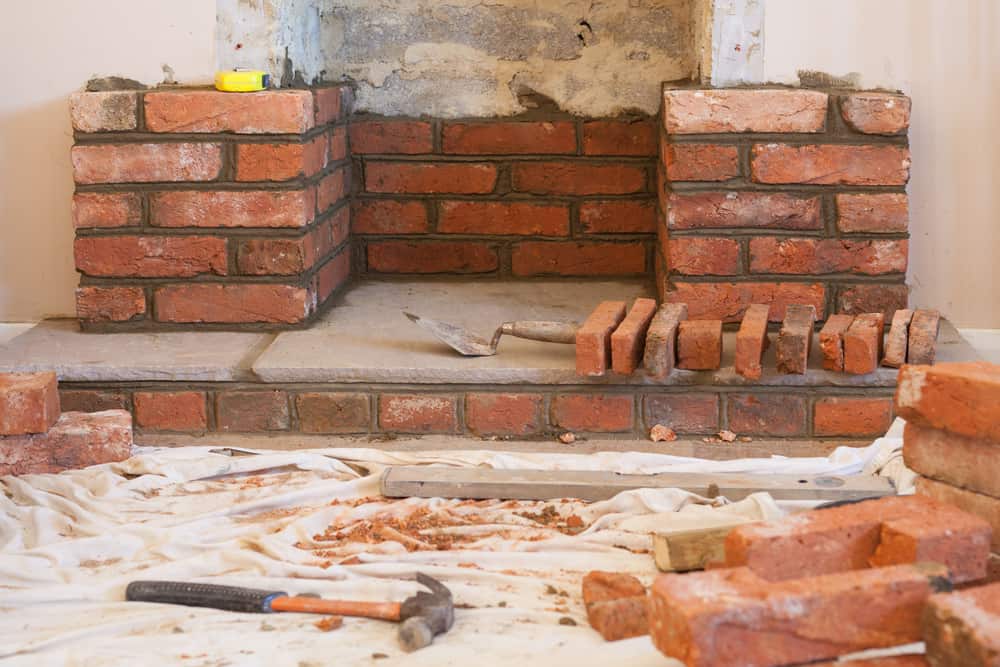 Whether you recently installed a gas fireplace, you just purchased a new home that’s equipped with this wonderful feature, or you’ve had a gas fireplace for a while but you’ve never experienced problems, you might be wondering how you can tell when you would need to have it repaired. Here are three warning signs that indicate you need to schedule an appointment with a professional that specializes in gas fireplace repairs near you.

A pilot light is a fundamental component of a gas fireplace. It’s responsible for delivering a small flame that ignites the gas that comes out of the primary flames that are generated by a larger burner. If the pilot light isn’t working properly, your fireplace either won’t stay light or it won’t light at all.

Typically, pilot light issues are the result of a defective or worn-out thermopile, a component that needs to be replaced on occasion. Faulty wiring could also be to blame. Either way, pilot light issues should be handled by a professional, so contacting a Feasterville, PA fireplace repair contractor is a must.

If you notice an odor that’s reminiscent of rotten eggs coming out of your Bucks County gas fireplace, immediately turn it off, evacuate your home, call your gas provider, and contact a reputable company that specializes in gas fireplace repair near you. A rotten egg smell is a sign of a gas leak, which is a serious safety hazard.

Unlike a wood-burning fireplace, a gas fireplace should not produce any soot. In fact, the appearance of soot is a sign that something is very wrong. There are several factors that can lead to soot buildup, including clogged burner ports, poor airflow, and improper log placement.

Call a Feasterville, PA fireplace repair professional. They’ll be able to detect and correct the cause of the problem – and if they’re really reliable, they’ll clean up the soot, too!

Some information about Feasterville, PA

Feasterville is a census-designated place located in Bucks County, Pennsylvania, United States. The community was part of Feasterville-Trevose, which was split into two separate CDPs, the other being Trevose. As of the 2010 census, the population was 3,074. Feasterville has grown by 2.02% since 2006.

Here are some repairs-related links: